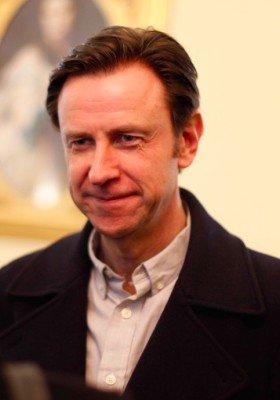 Lee Simpson, writer and performer is also the Artistic Director of Improbable Theatre. Lee is also well known and loved for being a member of The Comedy Store Players. Bespoken Theatre have been huge fans of Improbable Theatre for many years and are delighted to have Lee Simpson as a patron for the company. Lee explores social attitudes to disability, mental health and aging amongst other issues through theatre, comedy and improvisation. He recently directed the show Still No Idea for The Royal Court with Lisa Hammond and Rachael Spence which explores attitudes towards disability and inclusion. Lee collaborated with Paul Merton on the comedy show Out Of My Head which dealt with issues around mental health. In 2017 Lee directed Lost Without Words for The National Theatre with Phelim Mcdermott. An improvised show with older actors in their 70's and 80's using just props, no script but their own words. Lee is also a dedicated pioneer in the art and skill of improvisation and also teaches and delivers workshops with performers and artists. He has also facilitated story telling and drama workshops for the Bethlem and Maudsley Hospital school.